Browse our list of professionals in the field of biodiversity in Canada. They are here to share their experiences and knowledge, as well as to provide leadership and guidance. 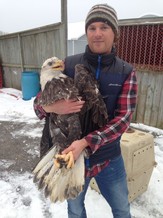 Jody is an avid birder and naturalist who enjoys sharing his enthusiasm for the natural world. Jody has been birding and banding since his teens, when he began volunteering at Long Point Bird Observatory (LPBO).

After university, Jody spent two years as LPBO’s Landbird Program Coordinator, and a season as the Migration Program Manager at Thunder Cape Bird Observatory. From 2004-06, he worked as a Science Educator for the Royal Tyrrell Museum of Palaeontology, and in his spare time ran birdwatching courses and field trips through Calgary’s Inglewood Bird Sanctuary.

Jody returned to Bird Studies Canada (BSC) in 2006 and is now the Director, Citizen Science and Community Engagement. He delivers various education and outreach programs to audiences across Canada. He has banded owls on CBC’s Rick Mercer Report, spoken about Gray Jays at Ideacity, is a regular contributor on the American Birding Association podcast and has written numerous articles on birds, birding and connecting with nature.

In addition to his work at BSC, Jody has been a Birding Tour Leader with Eagle-Eye Tours since 2008. His tour destinations have included Belize and Guatemala, Trinidad and Tobago, Hawaii, Mexico, New Zealand, Alberta, Ontario, New Brunswick and Newfoundland. 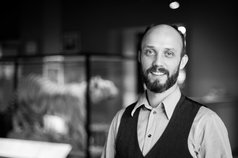 Photo credit: Brennan Caverhill
Dave grew up in Huntsville, Ontario (known as the gateway to Algonquin Park), where he developed an avid sense of curiosity at an early age. Fascinated by the variety of species and ecosystems around him, Dave spent many years exploring and leading backcountry canoe trips through Algonquin Park.

With over 20 years spent researching, teaching, and working to advocate for the discovery and conservation of biodiversity, Dave has dedicated his life to sharing his knowledge about nature. 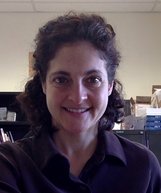 Nusha is a scientist and educator working in the university environment. My research program combines elements of population genetics, population ecology and landscape ecology, with a focus on understanding the effects of habitat fragmentation on genetic diversity. I have worked on the conservation genetics of at-risk butterflies, on mosquitoes that are vectors of wildlife disease, and in agricultural and forest entomology. I am also passionate about university teaching and science outreach. I am happy to provide guidance to mentees on selecting and navigating academic programs, and conducting and communicating scientific research.
Karl Lamothe, Visiting Fellow, Fisheries and Oceans Canada
Scientific research and writing, navigating academia, pursuing jobs in ecology, topics in quantitative aquatic ecology​ 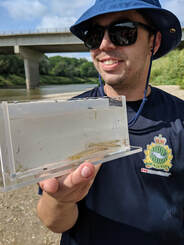 Karl is an early-career scientist working with Fisheries and Oceans Canada to understand and improve the science of species reintroduction for freshwater fishes and mussels protected under the Species at Risk Act. Although now grounded in southern Ontario, Karl grew up in a small, rural town in Connecticut, United States where he began his pursuit for understanding freshwater ecosystems. Karl earned his Bachelor's of Science (2011) and Master's of Science (2013) in Biology in the United States and subsequently decided to move to Canada to pursue his Ph.D. in Ecology and Evolutionary Biology at the University of Toronto (2017). Karl developed a love for writing during his Ph.D. and has now published over a dozen peer-reviewed journal articles, government reports, laboratory manuals, and science blogs, among others. Karl is happy to provide guidance to mentees on navigating the academic side of aquatic science, including research and courses, but also on aspects perhaps less discussed like time management, writing strategies, and communicating research to diverse audiences. As well, with his recent transition from academia to Fisheries and Oceans Canada as a Visiting Fellow, he has early experience working in government and on multidisciplinary projects. 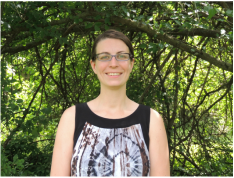 Photo credit: Jenna Quinn
Stephanie is an internationally trained biodiversity researcher, with experience in leading people and administering large collaborative projects. After early experience as a research associate and project manager at Berlin’s Botanic Garden and Botanical Museum, she graduated with a Ph.D. in Biodiversity and Ecology from Germany’s University of Göttingen.
​
Since coming to Canada in 2008, Stephanie has held research positions at the Universities of Waterloo and Western, and most recently taught as an assistant professor at Ryerson University in Toronto. Stephanie has been in charge of rare Charitable Research Reserve, a land trust and environmental institute in Waterloo Region, as their Executive Director, since January 2014 and also holds various board positions in other eNGOs. Stephanie understands what it means to transition out of academia into a community-based position and due to her immigration background is also well-suited to give advice to new Canadians. She is a published author of newspaper editorials, sees many resumes and cover letters of job seekers, and is happy to review mentees’ application materials to see how they can better position themselves among the pool of applicants.

Photo credit: Luke Hendry
​Jessica has extensive experience in wildlife conservation, with particular emphasis on endangered species recovery. Jessica has a Masters in Wildlife Health and Population Management, and a post-graduate diploma in Endangered Species Management. She has worked on species-at-risk recovery programs both within Canada and internationally, most notably managing and coordinating the multi-faceted Eastern Loggerhead Shrike Recovery Program in Ontario for Wildlife Preservation Canada from 2007-2013, including co-authoring several scientific journal articles.  She is now their Conservation Programs Director, overseeing all species recovery projects. Jessica has first-hand experience in facilitating multi-partner projects, working with private landowners and volunteers, and cooperating with all levels of government, conservation NGOs and other stakeholders.  She has also been involved in the development and delivery of habitat stewardship projects on both private and public lands benefitting species-at-risk. Jessica has lots of experience reviewing job applications, and would be happy to review and give feedback on CV's and other application materials.
Proudly powered by Weebly